Editor’s note:  One of my favorite books was Donald Miller’s “A Million Miles in a Thousand Years”.  The book is an entertaining tale of how Miller learned to live a better life story.  Godin, my favorite blogger, captures the essence of the theme here, particularly with his powerful last sentence:  “rewrite the script, rewrite the outcome”. 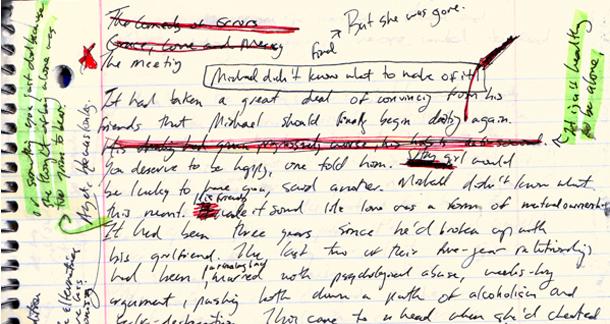 Do you have a script? Most of us do.

Here’s a new piece of software. Do you immediately read the manual front to back? Dive in and see how it works? Tense up in fear and distaste?

She’s going to give you some feedback. Is your first reaction to be defensive, or to lean into the goodwill that’s being offered?

We’re going to fly somewhere for a meeting. Do you get stressed about all the preparations of showing up at the airport with everything you need? Are you filled with curiosity about how to spend the evening in a new city before we head back?

These scripts are everywhere. If the ones you have are working for you, you’ve discovered a reliable way to succeed and find satisfaction as you do.

But if they’re not, it might pay to spend the energy to approach the next cycle, ‘as if’.

The script might not be your fault. It might have taken a really long time to become ingrained. And it might be getting in the way.

What if you could leave the script behind, just this one time? It might take a lot of focus and effort, it might be incredibly difficult, but just once might be do-able.

The thing that gets us stuck isn’t us. It’s the script that we’ve decided is our only option.

Call it out. Realize that it’s not the only option. A script doesn’t always feel like a choice, but until we realize we’re running one, it’s unlikely we can do the hard work it takes to change it.